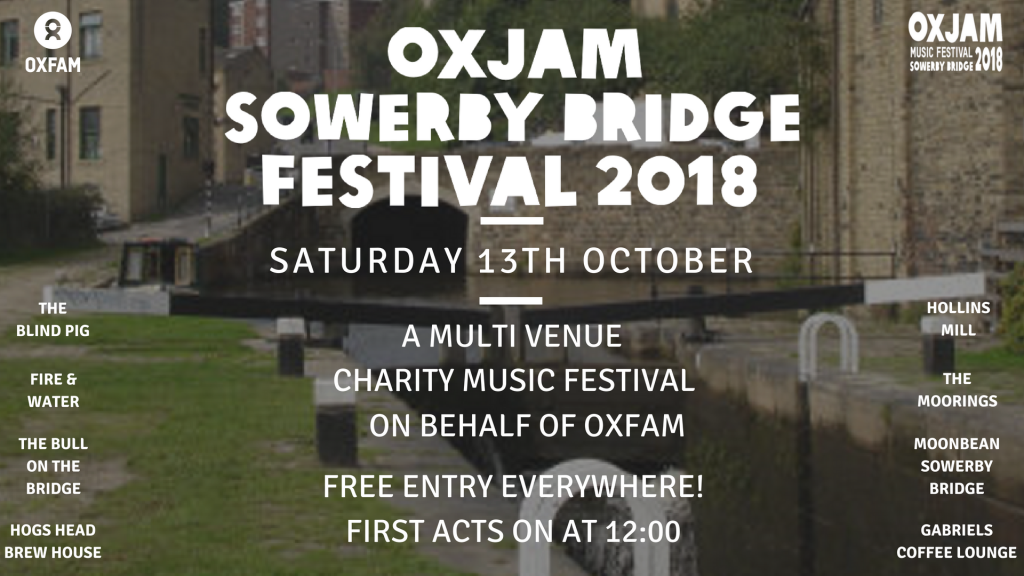 An enormous thankyou to everybody who took part in such an amazing campaign! Not only did we raise an amazing amount of money for Oxfam here’s some of the other achievements:

Promoted a massive amount of artists through newspapers, magazines, radio shows and social media. Not to mention by you coming out to watch them on the day.

Did you know our Facebook event for the festival had an organic reach of 68,800 with  6,100 event views!

Helped many community organisations raise additional funds and exposure by working to include them in the events.

Have you thought about becoming a volunteer with any of them?

Gave work experience and training to the Music Tech students of Calderdale College. Goodluck to them in their future studies.

Special mention goes out to Callum, Dion, Tom and Mathew.

Brought a massive footfall to Sowerby Bridge helping many local venues and businesses.

Generated promotion for Oxfam throughout the region.